What are the Risk Factors of Crohn’s Disease?

Crohn’s disease is a type of inflammatory bowel disease that affects the gastrointestinal tract. This condition causes intense abdominal pains, diarrhea, fever, and rapid weight loss. Complications of Crohn’s disease include anemia, inflammation of the eyes, chronic fatigue, and arthritis. Unfortunately, this condition has no known cure. Its exact causes remain unknown too. What scientists do know is that there are combinations of risk factors that play a role in the development of Crohn’s disease. These risks factors include:

The body’s immune system is a complex system that protects the body from harmful pathogens. This system creates an immunity response to hunt down and neutralize infections while recognizing friendly microbes that contribute to a healthy body. The digestive system is comprised of beneficial bacteria that promote proper digestion and faster nutrient absorption. But if the immune system is hyperactive, it could hunt down all these friendly microbes in the gut, which triggers Crohn’s disease.

A hyperactive immune system would release a special protein called tumor necrosis factor-alpha (TNF-alpha) to kill all the bacteria in the gut, regardless if they are beneficial or not. The release of this protein causes inflammation, which is associated with Crohn’s disease.

For years, Crohn’s disease has been tagged as the “disease of the rich” because most people suffering from this condition belong in the progressive countries like the US and the UK. While the connection between environmental triggers and Crohn’s disease remains hazy, some scientists believe that modern western lifestyle increases a person’s risk of developing Crohn’s disease.

The Best and Worst Foods to Eat Before Bed

How to Tell if You Have Sinus Infection 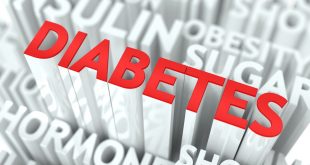