5 of the Best Tourist Attractions in Iceland

Iceland is a Nordic country that sits in between the North Atlantic and the Arctic Ocean. Iceland is definitely one of the most beautiful places in Europe thanks to its unspoiled natural landscapes, hot springs, and glaciers. Iceland has the most number of active volcanoes in the world. This island country a popular tourist destination. If you are Iceland-bound then we recommend checking out these amazing sights:

The Blue Lagoon is the most popular tourist destination in Iceland. This is a geothermal spa located in a sprawling lava field in the southwest of Iceland. The Blue Lagoon boasts of 40-degree centigrade water all year round, surrounded by ice and snow. The water of the lagoon is rich in silica and sulfur, which are believed to heal skin disease, alleviate joint pain, and reduce muscle stiffness.

If you love taking pictures, we are happy to report that Blue Lagoon makes one beautiful subject! The greenish blue waters of the lagoon make a stark contrast to the otherwise the plain landscape beyond it.

Iceland’s the Great Geysir is a geyser located in the southwest of the country, It is the first ever geyser described in a printed source, making it one of the oldest geysers in the world. Historians believe the geyser has been active for over 10,000 years.

The word “geyser” is derived from an old Norse verb “geysa,” which means “to gush.” The Great Geysir of Iceland is located in the Haukadalur valley on the slopes of Laugarfjall hill. The Great Geysir hurls boiling water up to 70 meters in the air. However, the eruptions do not happen all the time. In fact, there were times when the Great Geysir did not hurl water for years at a time.

Mývatn is an eutrophic lake located in the north of Iceland. The lake features a vast wet land that’s home to hundreds of species of fish and water birds. The Mývatn Lake was created by large basaltic lava, which erupted some 2,300 years ago. The surrounding landscapes feature lava pillars, rootless vents, and other volcanic landforms.

Mývatn also features a breathtaking waterfall, which is one of the most famous waterfalls in Europe. This stunning natural landscape is teeming with wildlife!

Seljalandsfoss is located between Selfoss and Skógafoss. This region is best known for its glorious waterfalls. In fact, Seljalandsfoss waterfalls are the most photographed waterfalls in the country. The good news is, you can actually go on a trekking expedition to reach the waterfall.  A trip to the Seljalandsfoss also presents a sweeping view of the Icelandic countryside. This is the perfect excursion for those who want to see the untamed parts of Iceland!

Glymur is a picturesque cascading waterfall that stands about 650 feet or 198 meters tall. Glymur is the second highest waterfall in Iceland. It is located on the fringes of Hvalfjörður. Reaching the waterfall requires going on a short trek to the mountains. It takes more effort to get a good look at the Glymur but the breathtaking view of the scenery beyond and the gorgeous sight of the cascading waterfall are worth the trip!

Previous Hair Bleaching Done Right: How to Go from Dark to Platinum Blond Without Hair Damage
Next Healthy Foods that Promote Better Vision

5 of the Most Underrated Greek Islands You need to See 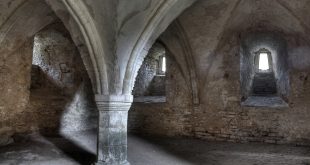